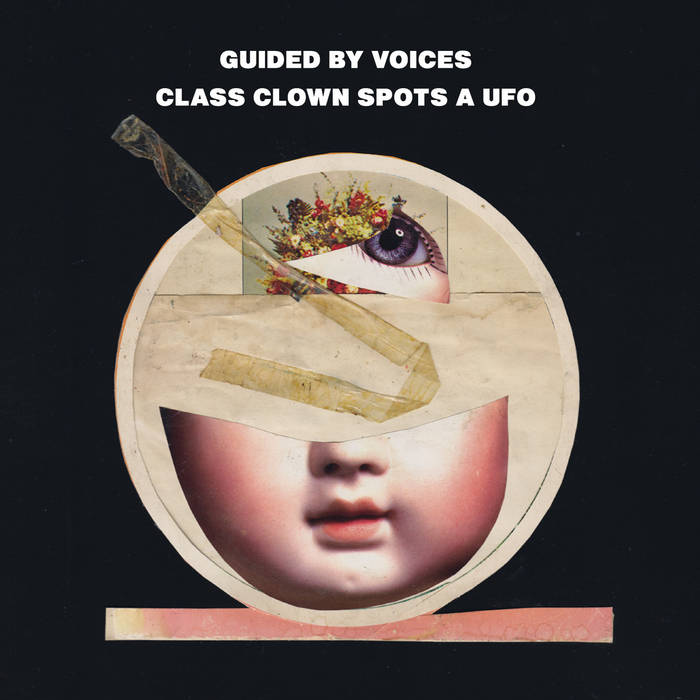 The new Guided By Voices album is the best thing the band has recorded since the last album by the legendary Dayton, Ohio rockers. That's not meant facetiously: the last thing Guided By Voices recorded was the rapturously received Let's Go Eat The Factory, and Class Clown Spots A UFO ups the ante raised by that stellar effort, both in terms of recording fidelity (boring!) and songcraft (not boring!) One could argue there's more depth and variety here than on Alien Lanes, that there are better songs here than on Bee Thousand, but that's an argument no one's ever going to win, at least definitively. And this album is a win, by any (definitive) definition. Class Clown is classic GBV, starting with the head-body-head combination of "He Rises (Our Union Bellboy)," "Blue Babbleship Bay," and "Forever Until It Breaks" before finishing you off with the title track, a ridiculously catchy, melodically-complex, shot-through-with-melancholia song that serves as a kind of sadder and wiser riposte to XTC's "Making Plans For Nigel" as performed by the Hollies. If that makes any sense at all (it will when you hear it, hopefully).

And that's just the first four songs of a 21-track album clocking in at just under 40 minutes. We've yet to get to "Keep It In Motion," a propulsive, drum-machine driven pop song which features, unusually, acoustic guitars, strings, and Bob/Toby singing together in a way not heard since "14 Cheerleader Coldfront" on 1992's Propeller. Possibly. (The song was one of a few that Bob recorded and sent to Toby at his home studio in Michigan for over-dubbing.) Nor have we discussed galvanic rocker "Jon the Croc," a clear single candidate, or "Chain To The Moon," one of the saddest and (why not?) prettiest songs Pollard has ever written.<br><br>In between you get wah-wah guitar solos, a wide range of unusual recording techniques of varying fidelity (but, as referenced above, much less of the murk lurking on Let's Go Eat The Factory), and a generous helping of Alien Lanes-style snippets. In fact, the sequencing of Class Clown seems to hearken back to that landmark LP - as on AL, songs bleed into each other, fadeouts segue into fadeins, short bursts of melodic rock ("Billy Wire," "Roll of the Dice, Kick in the Head") jut against somber chamber pop ("They and Them," "Starfire"). The last song, the anthemic "No Transmission," if played at the proper volume, will in fact blow your mind (and your windows).