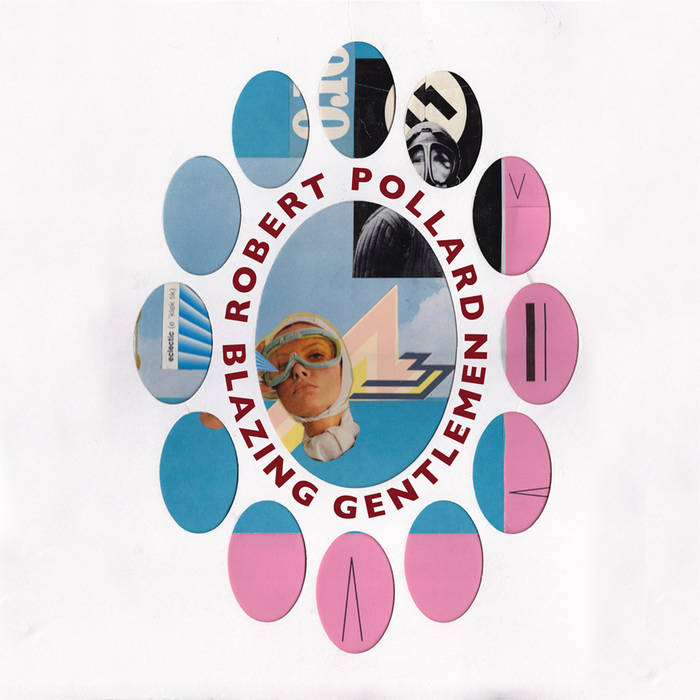 Blazing Gentlemen' is the last Robert Pollard record, which was released in 2013. It is also the finest Pollard-related record to come out in this or several years, aural evidence of a rock mage reinvigorated by the fact, according to the man himself that he's "finally figured out how to write a song after 55 years."

Which may come as a surprise even to casual fans of Pollard's thousands-strong catalog, and fair enough, Bob's certainly hip to the irony, but it's no joke. While he's explored pretty much every highway, toll road and dark alley of songcraft in his long career, including spontaneous "drum contests" where every member of Guided By Voices would be given the opportunity to come up with a drumbeat, over which he would then improvise a spontaneous melody based on semi-random lyrics from his ever-present notebook (for example), he's never before applied one consistent approach over the course of even one record. The new technique is considerably more disciplined: he first collects - in the (figuratively) selfsame notebook - phrases and titles, bits of overheard conversation, snatches of misheard movie dialogue, thus providing an assortment of lines all of which he considers strong enough to serve as potential song titles. He then assembles these song titles into lyrics, which because each line is strong enough to stand on its own, contain neither bloat nor the least misstep. When he's happy with the lyrics, he writes a melody for each lyric. He then sits down with the guitar and figures out chords that fit the melodies.

Sounds pretty straightforward, but for Pollard the result provides a structure uniquely suited to his muse. The proof is in the "excellent cake, so happily done, and quick to bake," as he sings (recalling to those with long memories the "freedom cake" of Propeller's classic "Weedking") on "Tea People," represented in sixteen exquisitely crafted slices on Blazing Gentlemen. From the rollicking Anglophilic "Extra Fool's Day" to the pithy, elegiac "This Place Has Everything," Blazing Gentlemen is no mere confectioner's conceit. Veiny with Pollard's signature depth-charged melodic inventiveness, multiple listens reveal multiple meanings, shape-shifting moods, and lyrical twists that will delight even the word-shyest rockphobe.

The music itself is standard-issue Pollardian guitar wizardry, unusual chord progressions made up of unusual chords jutting against off-kilter rhythms in ways that shouldn't work but never do not, only to be overshadowed by another bravura vocal performance, occasionally larded with (unusual) harmonies or plain weird delay/reverb/compression effects that only ever add to the tremendous bustle of joy (see "Lips of Joy" for an on-the-nose demo) applied liberally like primer to the multi-hued tracks.

Robert Pollard fans are fond of making extreme statements in support of their favorite songwriter. Let's pile on: with Blazing Gentlemen, one of America's greatest living artists has fairly reinvented himself. That is no little feat. That is a triumph, and deserves to be celebrated with the same zeal with which Pollard celebrates and honors his own gifts on this complex, architectonic wonder of an album. Drinks for everyone!